Over a year since my last post.... No apologies or explanations, but I now feel like adding to this blog again.

New Orleans, with its history and its music, deeply fascinates me. I've visited 32 times since my first trip in 1990. On those visits, I've spent a good bit of time wandering through the amazing cemeteries there. New Orleans' cites of the dead are endlessly absorbing, and unlike the graveyards of any other city. Most of the city's burials are in above-ground tombs, since the water table is so high, and many of the vaults have generations of remains mixed together - the law states that after a burial, a vault must remain sealed for a year and a day. In the days before embalming, New Orleans' climate and humidity ensured that there would be little left of a body after that amount of time. 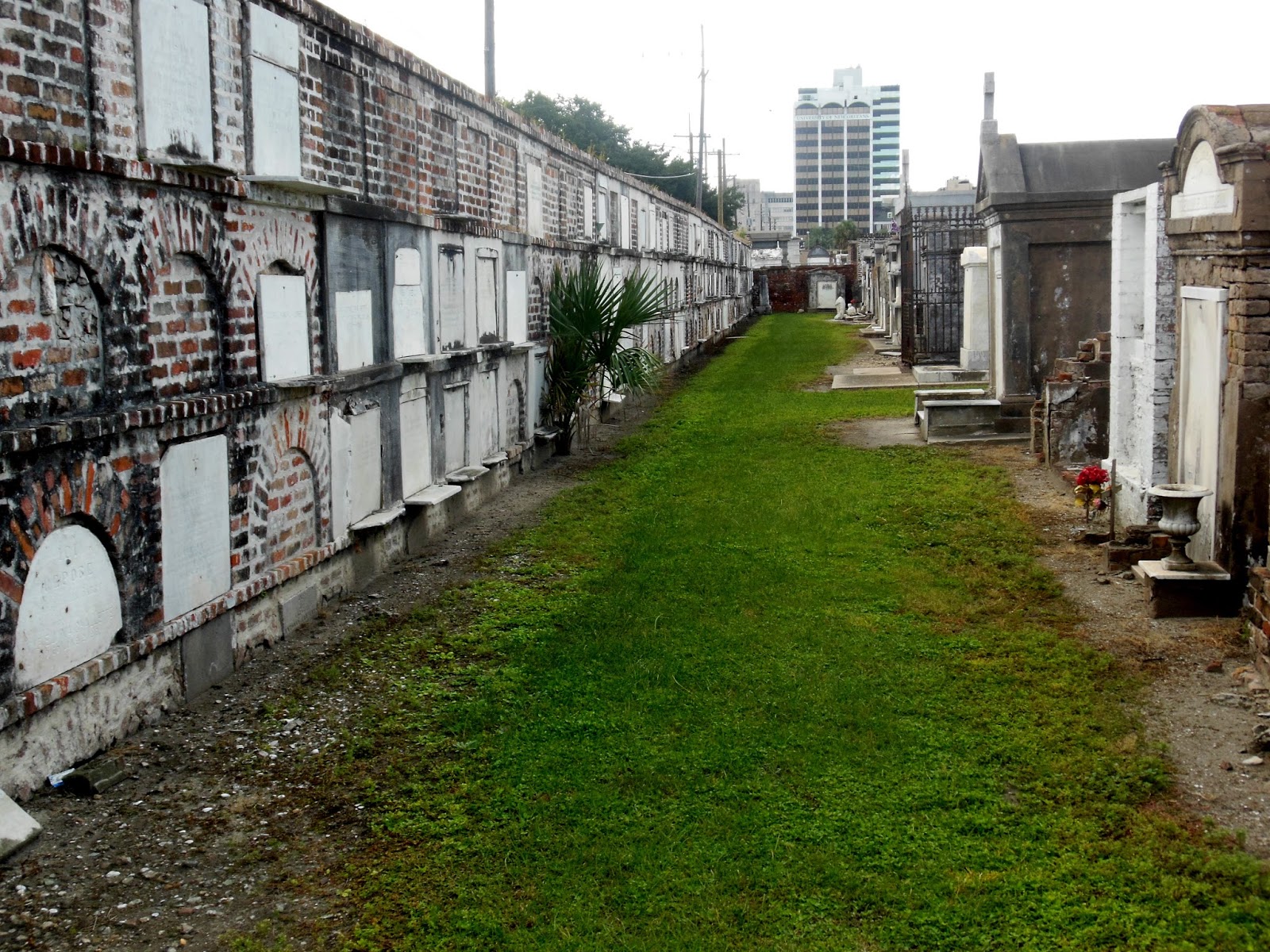 For most of my years of visiting, I was warned not to go to St. Louis Cemetery #2 except with an organized tour - and those tours were infrequent. This cemetery was, until recently, bordered on two sides by the crime-ridden Iberville Housing Project. Before my trip to the city earlier this month, I noticed (via the internet) that folks seem to be visiting St. Louis #2 fearlessly and frequently these days. All those years of warnings were hard to overcome, though, so I wrote to Save Our Cemeteries, the nonprofit group whose mission is just what its name suggests, asking if it was indeed safe to vist the cemetery. The answer was an emphatic "yes;" the Iberville Project has been torn down (for better or worse), and visiting St. Louis #2 is no different than visiting any other cemetery in the city. 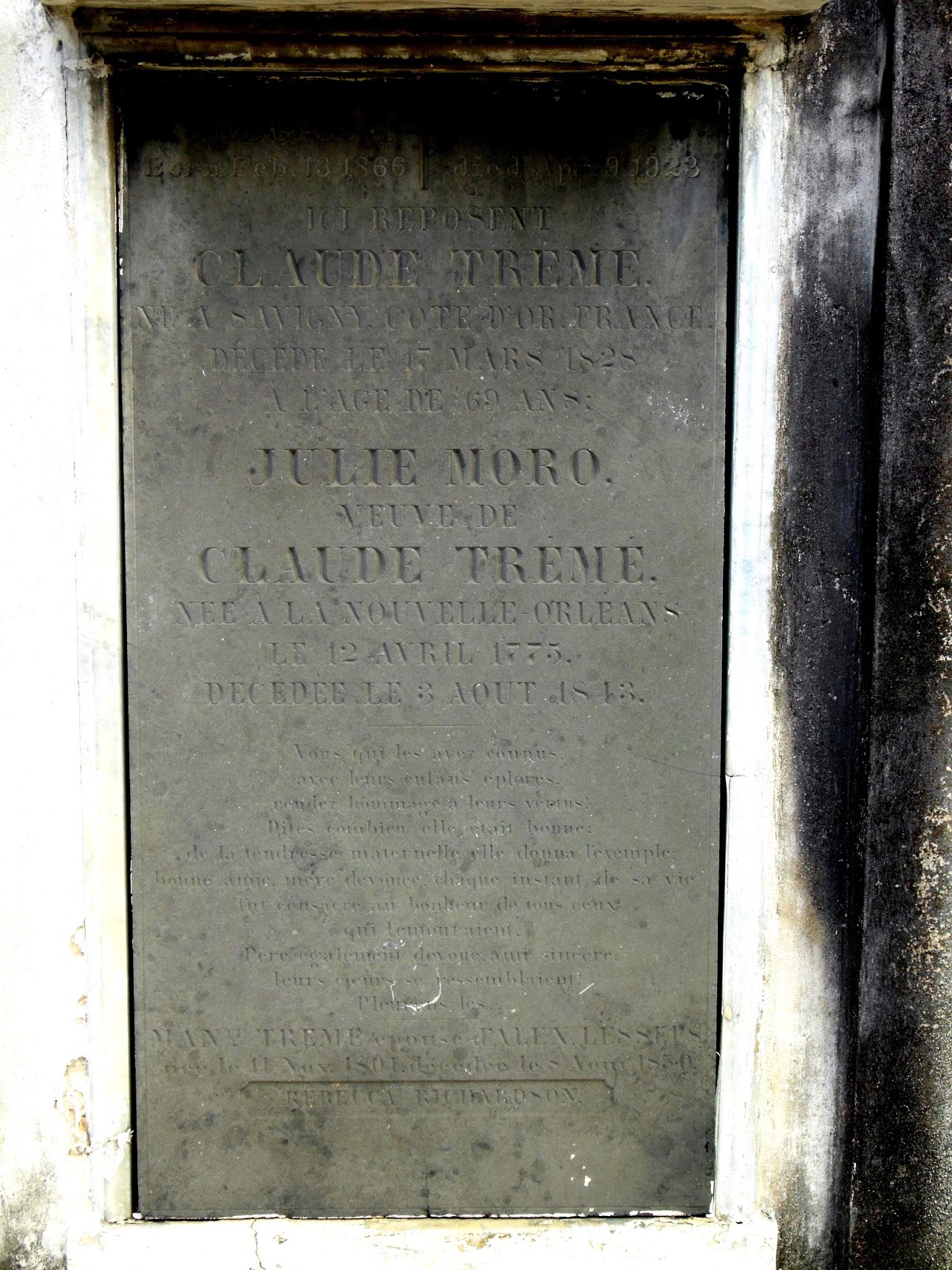 So, with some residual trepidation, I finally walked through
this historic burying ground on the afternoon of Wednesday, October 8. I knew that several important New Orleans musicians were buried there, but I made several discoveries that surprised me.

One of the first tombs I came across was that of Claude Treme, who subdivided his plantation and sold the lots the formed the neighborhood which bears his name. But I was mostly looking for musicians' tombs, and I came across many. I was particularly interested in the Barbarin vault, with the earthly remains of the great jazz drummer Paul Barbarin (who played with King Oliver and Louis Armstrong, among others), along with his nephew, guitarist Danny Barker (one of my heroes) and Danny's wife, blues singer Blue Lu Barker.

I soon came across a vault, apparently donated by a music lover, in which the R & B legends Ernie-K-Doe and Earl King were both buried. Then I spotted the impressive Cagnolatti tomb, which holds the remains of trumpeter Ernie "Little Cag" Cagnolatti, probably best known for holding down the trumpet chair in Big Jim Robinson's bands over the years.

But the row of wall vaults along the Claiborne Avenue wall in the middle section of the cemetery overwhelmed me. In these (presumably) modestly-priced tombs, I came across many early jazz musicians who are legendary to me, although they're obscure to the public at large - even the most jazz fans. Below are captioned pictures; I won't try to go into detail about what each musician means to me, although finding A.J. Piron's grave made my jaw drop. I've included some pictures with no connection to New Orleans music as well. 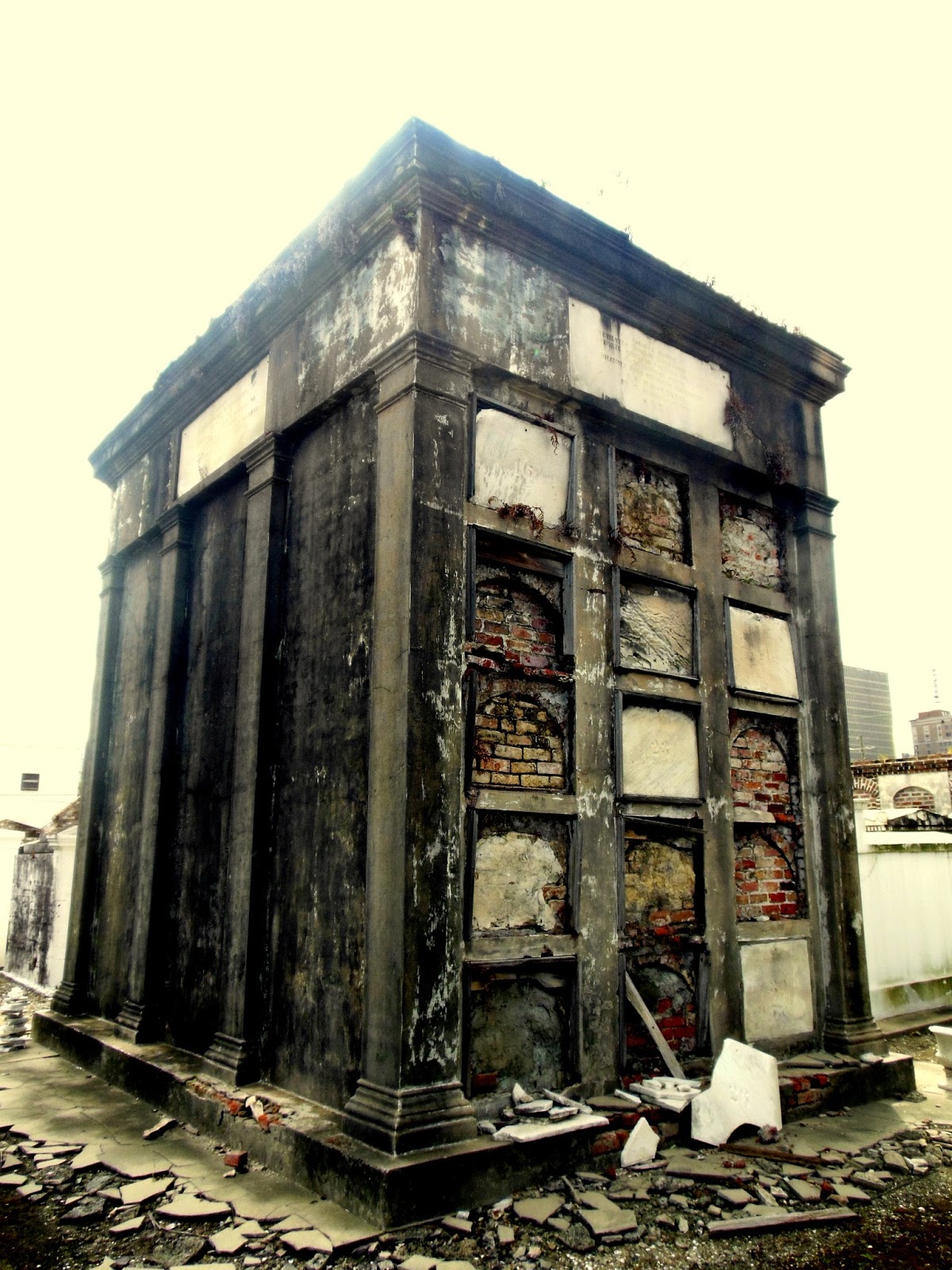 Hello Jeff. Congratulations for your comments. I just finished writing the story of the Piron band, which will appear in a book in September. Louis E. Warnick was indeed the man who played with Piron.
Cordially, Dan Vernhettes, Paris, France
jazzedit@sfr.fr

Where is louis Keppard he was my great grandfather.