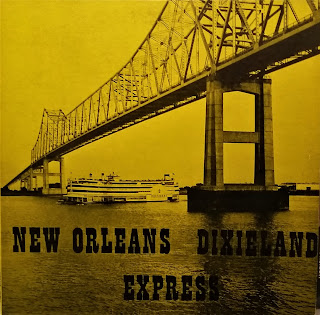 Jeff it's great that you discovered a few minutes of recorded music that Johnny Reininger left us, wrote about it and shared that with the rest of us.
His clarinet solo and playing in the ensemble is lovely. Thanks for sharing.

Johnny Reininger was my Great Uncle. He was not only one of the great New Orleans clarinet players, but he was a kind, gentle, great man. He is missed.
Thank you for posting this article. I very much enjoyed your accounting of your listening to his sounds.

He is my 3rd-Great Uncle, so cool.